7 Quick Takes about bikes and a lot of water

--- 1 ---
Well I've been meaning to write a post all week and here it is, Friday already.  We were on a stay/vacation (a little bit of stay and a little bit of away) last week and this week has been all about catching up and moving onward.  Anyhow, here's some pics from last week. 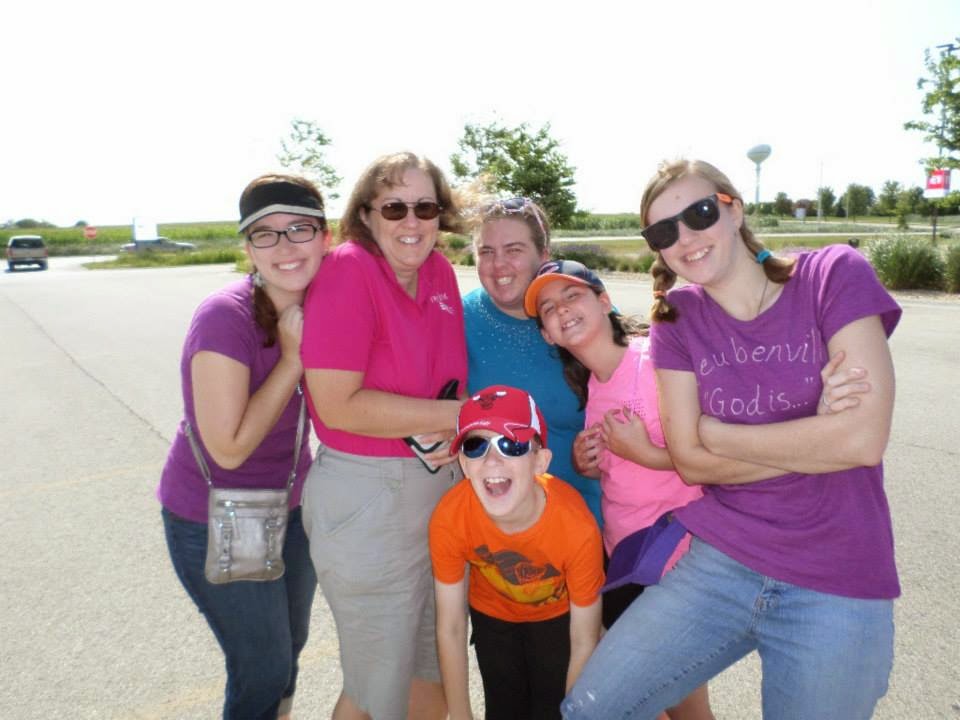 The first day we went on a family bike ride (it was a bit chilly which is why we're all kind of scrunchy here).  We had 2 1/2 hours to ride 16 miles so that Ms 18 yo could still make it to work on time.  It went well until the last 1/4 of the trip.  That part of the trail went through a rather scary unattractive part of town then down a gravel path past the smelly canal and ended up on the side of a busy road where we had to cross multiple on and off ramp entrances for the highway!  Unbelievable.  I just kept praying the entire time that no one would get hit by a truck.  Next time we'll just do the nice, pretty west 1/2 of the trail and turn around and come back instead of making the entire loop.  Thankfully she was only 10 minutes late for work :) 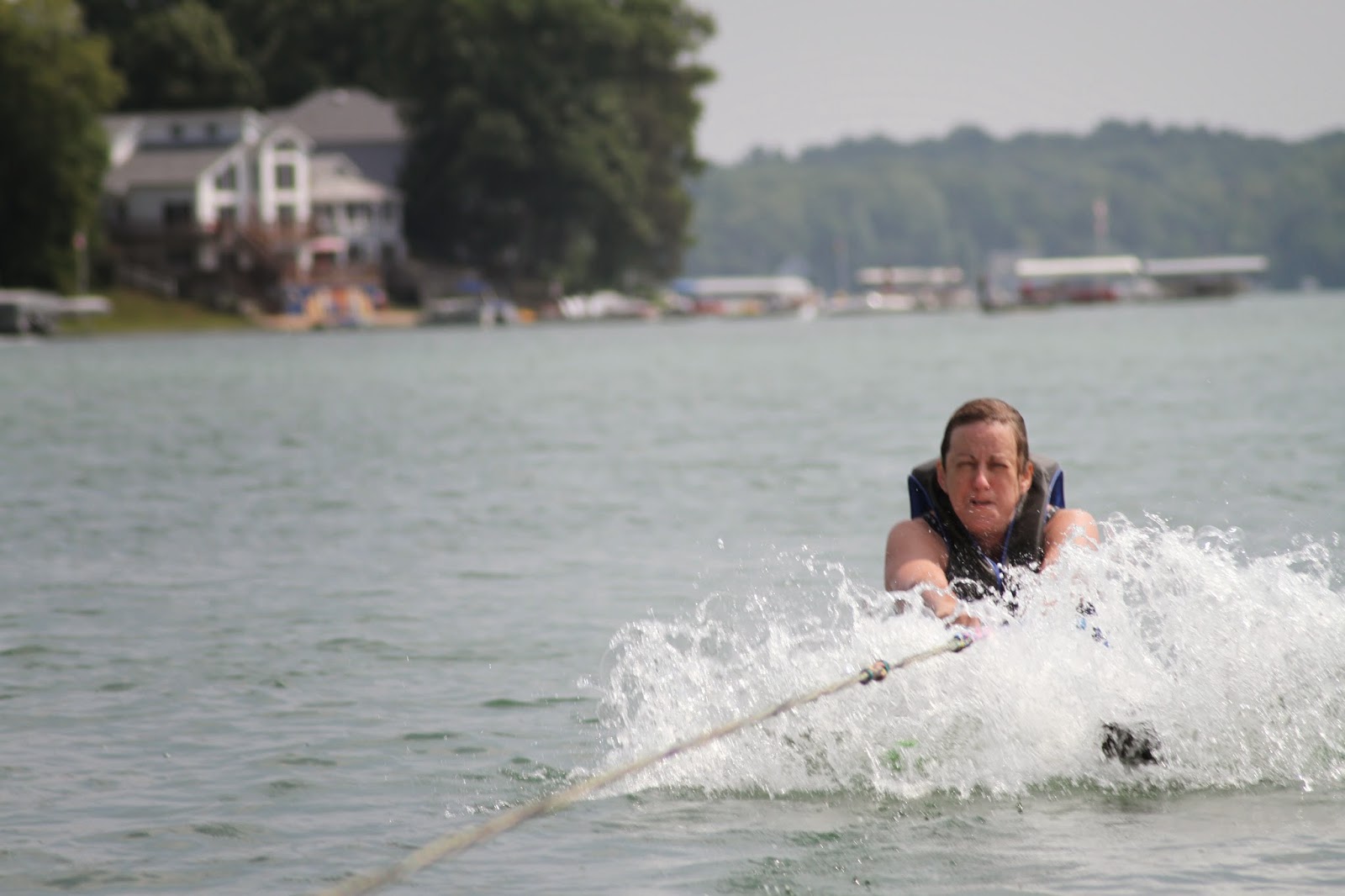 I tried water skiing again last week.  I figured it had been 17 years since I'd skied.  The first day I went for broke and tried to get up on one ski like I used to.  That didn't work, so I added another ski and this is as far as I got.  By then I was sore and tired.  The next day, my husband suggested I try a set of skis about as big as surf boards.  He assured me I'd have no problem with those.

Guess what?  He was right.  Got right up and didn't even get my hair wet.

I decided to take it conservatively and just went around for a bit and then let go.  Not bad after a 17 year break.  Next summer...slalom! 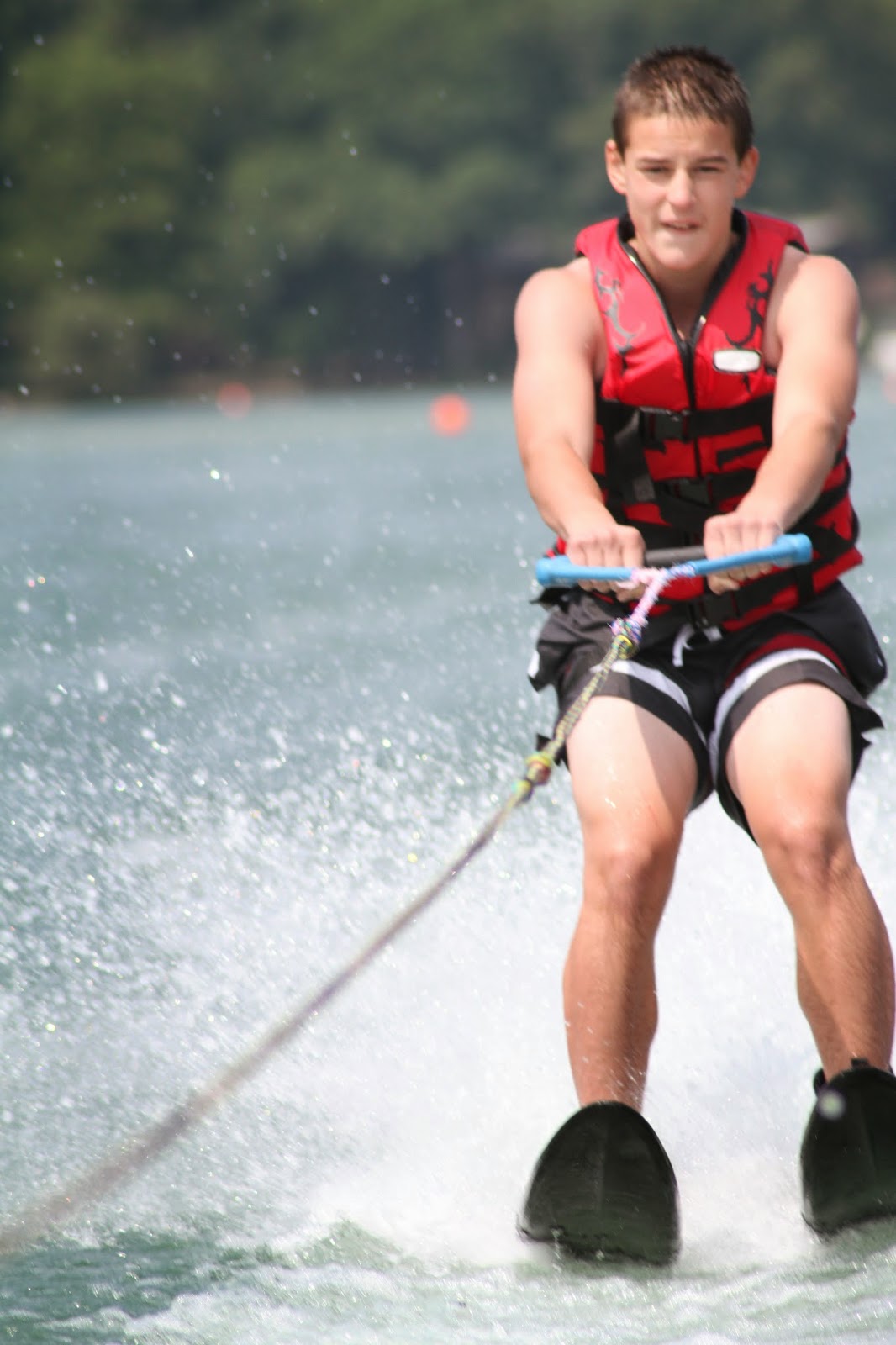 It's always exciting when you can see your children do something that you enjoy so much.  It took him a few tries, but he was successful and happy. 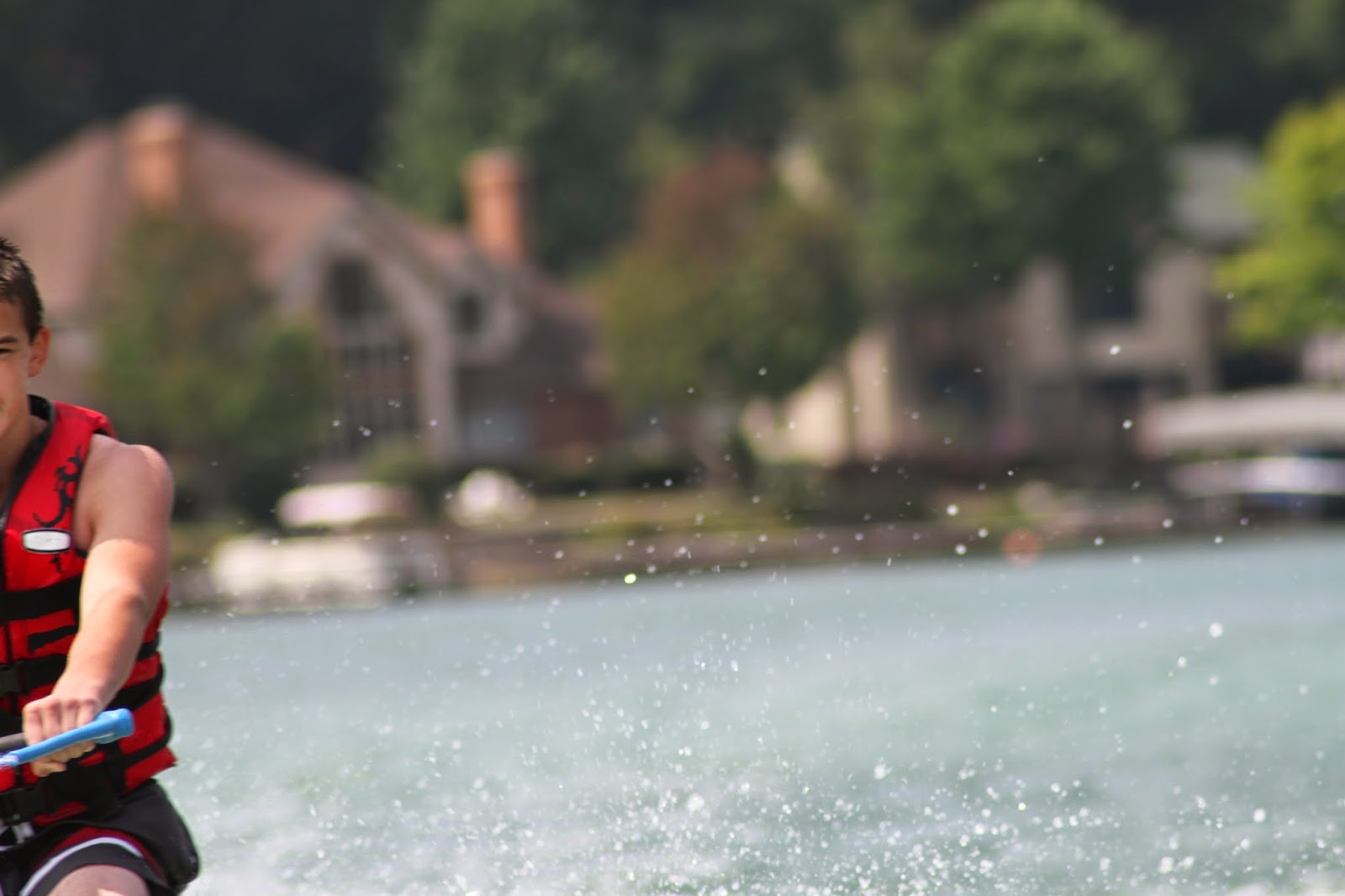 Ms 15 yo was the photographer at this point.  This one cracks me up. 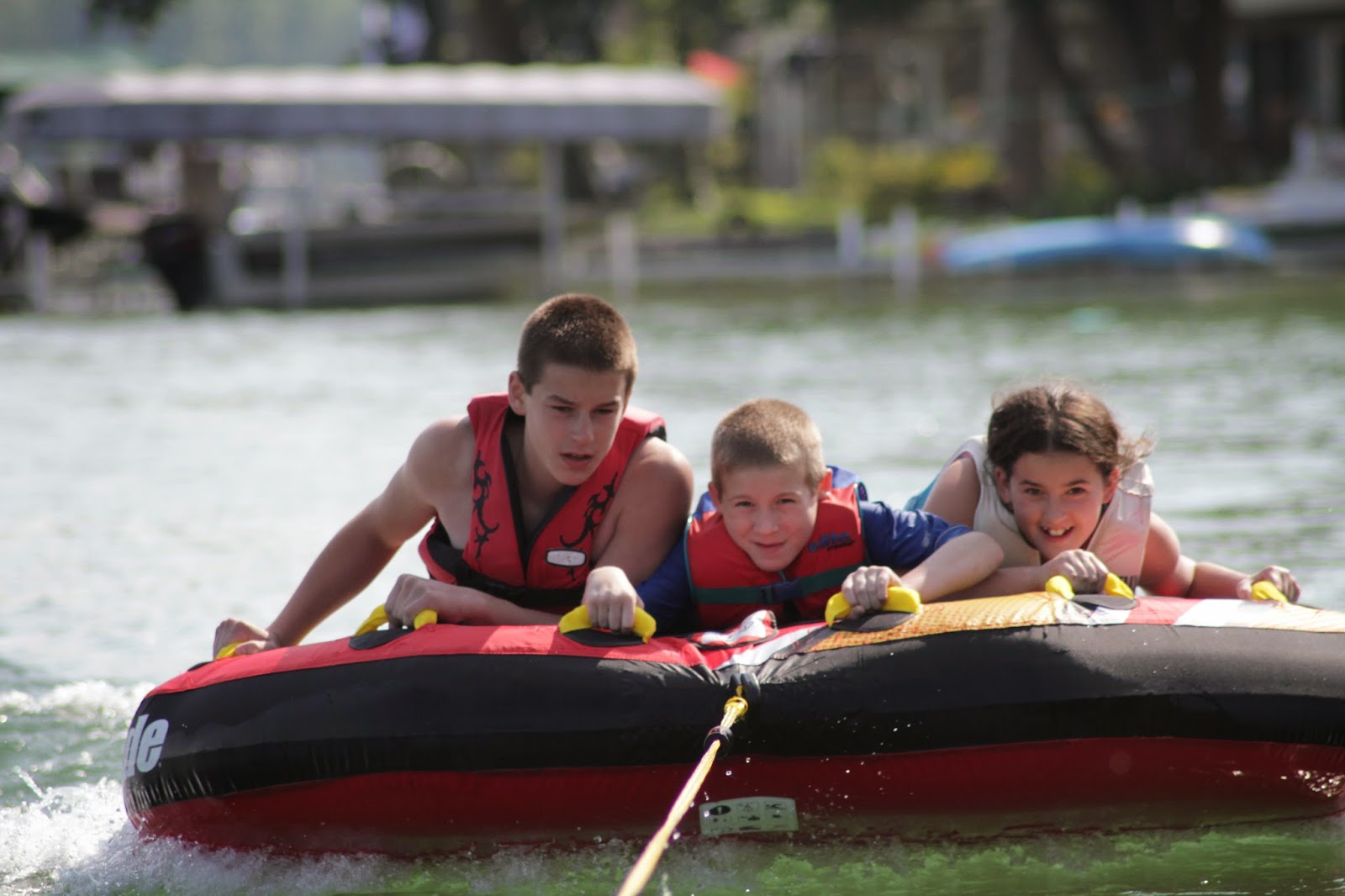 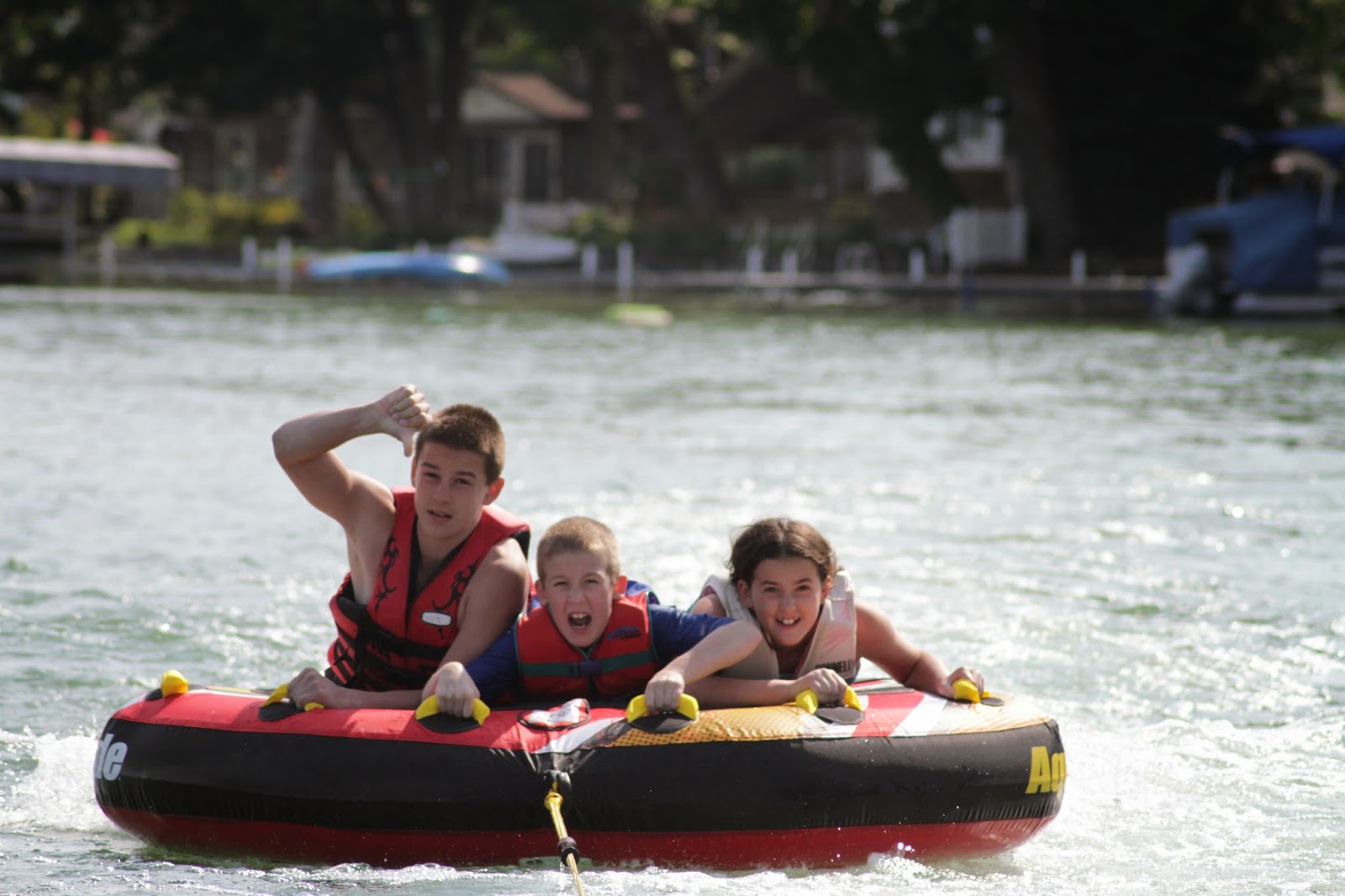 --- 7 ---
Since then it's been back to real life.  I've made a list of all the things I still want/need to accomplish before school starts and am trying to pick my way through it.  School.  Ugh.  The older girls start in two weeks and I'm just not ready for that again.  The rest of us are aiming to start the week after that.  Oh glorious summer (and it truly has been a good one!), I shall miss thee.

Have a great weekend!
God Bless!

For more Quick Takes, visit Conversion Diary!
Posted by Laura at 10:28 AM