Some friends of ours gave us some Mexican hot chocolate awhile back.  My son happened to find it in the freezer and since it was a grey and dreary day, we decided to give it a try.  First, we had to boil some milk... 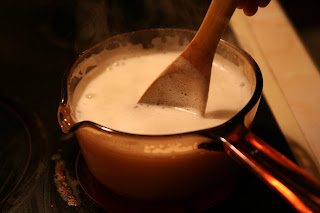 Next, we broke up the chocolate pieces that they gave us.  My son was tempted to eat those by themselves, but we held him back! 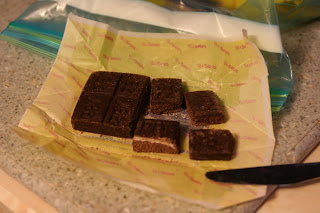 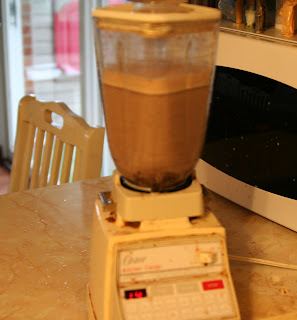 After a few minutes of blending, and wiping up, we poured it into a mug... 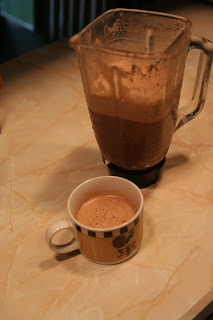 and gave it a taste test... 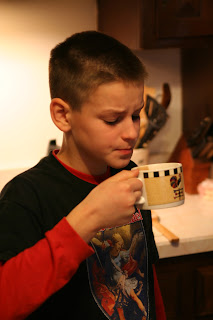 The cinnamon taste in the hot chocolate took us all by surprise, but most of us agreed that after a few sips, it really did taste good.
Our other favorite hot chocolate recipe involves the blender, too, but only during the initial powder stage so it is much harder to get it to fly all over the kitchen (although not impossible).  We really enjoy this recipe, so I thought you might, too.
All Natural Hot Chocolate Mix
2 1/2 c powdered milk
2 c sugar
1 c cocoa
2 tsp cornstarch
1/2 tsp salt
Combine all ingredients into a food processor (though a mixer works fine if you don't have a food processor) and mix until no lumps or visible bits of brown or white can be seen.  Store in a container.
To mix:  combine 3 tbls mix with 6-8 oz of hot water.
Of course, add some "squirty" whip cream or add marshmallows to make it even more fun!
Enjoy.